The cuisine of a region is primarily influenced by geographical, cultural and economic factors. The territory of Estonia is surrounded by water from three sides, by the Baltic Sea in the north and west and Lake Peipsi in the east. There are numerous lakes and rivers, which have  considerably affected what the Estonians eat, and fish has been a staple food throughout ages. 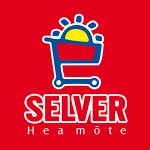 Summer 1869 in Tartu, the Governorate of Livland, the southern…